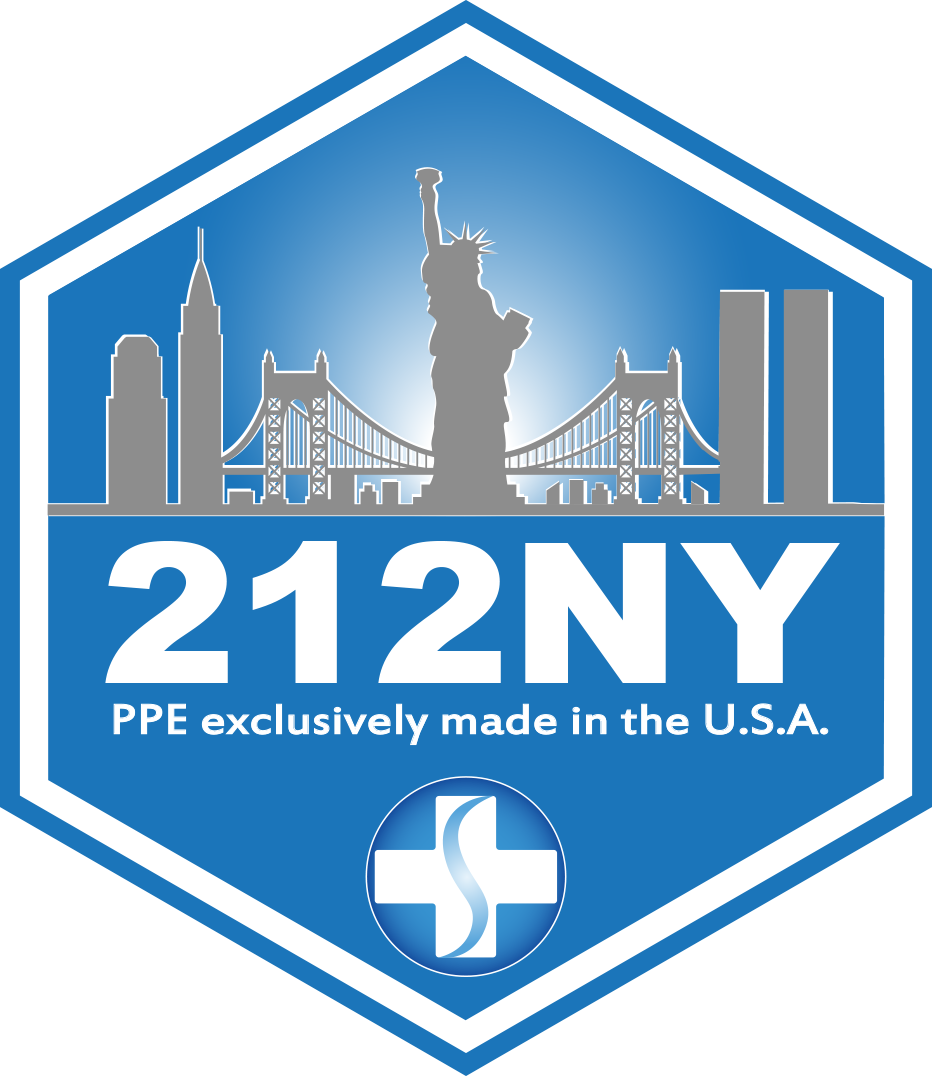 Two One Two New York, Inc. (212NY), a well-known and respected sweater-and sweater-knit apparel manufacturer based in Long Island, N.Y., has maintained and grown its presence manufacturing exclusively in the United States, even as a large swath of the industry moved offshore over the past two decades.

The company, one of the largest fully vertical, women-owned, family operated textile manufacturers on the East Coast, expanded its operations during the COVID-19 pandemic, despite shutdowns and an economic downturn that saw many in the industry pull back and idle production.

Principles, Marisa Fumei-South and Josephine Marini, bring over 35 years of industry expertise servicing many major U.S. retailers and brands as a U.S. design and manufacturing partner.

Originally based in Queens, N.Y. for over 25 years, 212NY built its apparel business by remaining an invaluable and competitive resource, providing ingenuity, designs, production efficiencies and speed as well as a capacity to produce 48,000 dozen sweaters per month. 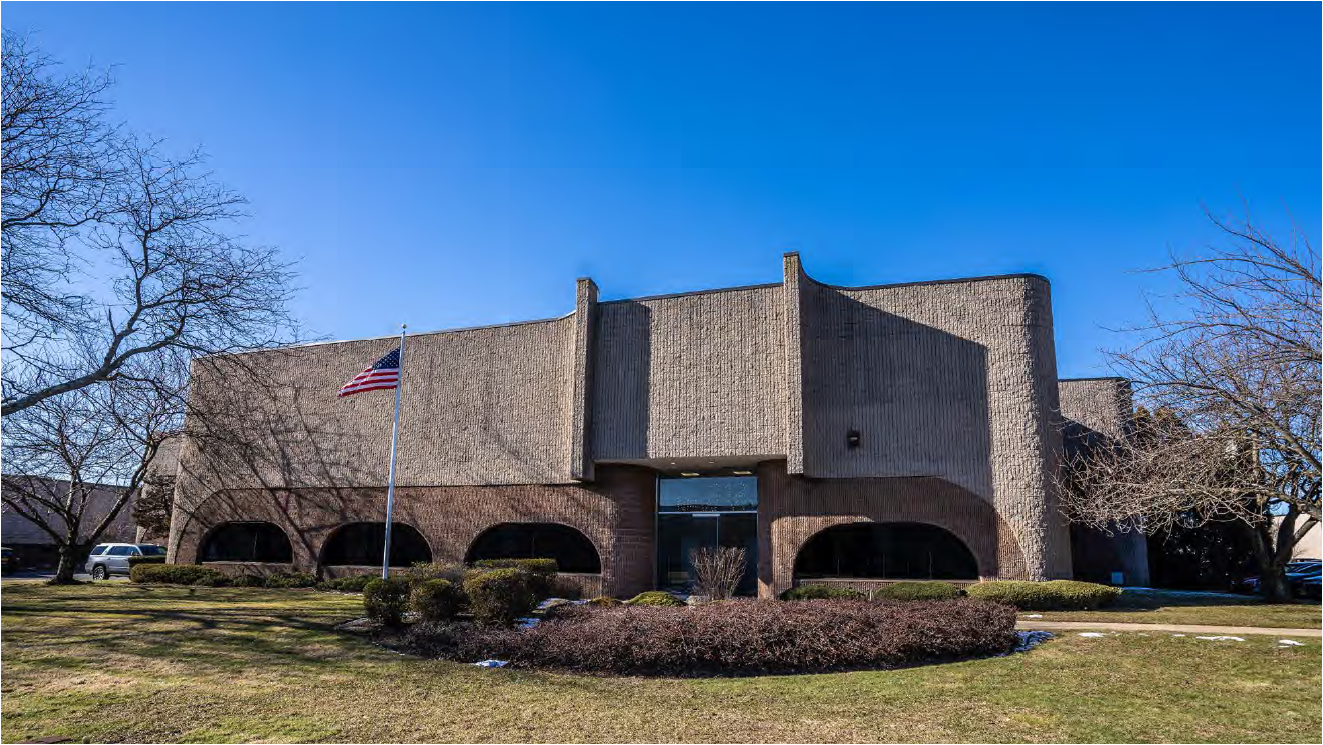 Six years ago, the company implemented a long-awaited plan to expand and modernize its facility to better service long-term retail partners.  This path took them, along with their devoted employees, from Glendale, Queens to Edgewood, Long Island where they relocated to an 85,000-square-foot facility.

“Treating this as a blank slate, we built a fully modern and open environment, expanded our capabilities and capacity, layering on additional equipment and bringing other processes typically outsourced, in house,” said Fumei-South.

212NY made the final transition to Long Island two and a half years ago, moving their 4,000-square-foot Manhattan showroom into the Edgewood facility, allowing for seamless communication and greater efficiency, while providing full-service one-stop shopping from design to delivery.

Then the pandemic hit.

At the onset of the pandemic in March 2020, Fumei-South said “every retailer cancelled every order, regardless of the production status and held up every payment– essentially bringing cash flow to an abrupt halt.” The same week then-Governor Andrew Cuomo shuttered all non-essential business.

Having a deep allegiance to their dedicated employees and a sense of responsibility to help the cause here at home, Fumei-South and Marini, along with key technicians, programmers and management, stayed in their facility and never left.

“Without hesitation, we put our heads together, made the necessary investments, and within a week and a half, we successfully pivoted to produce personal protective equipment (PPE), beginning with technically knit-2-shape sustainable face masks. We were immediately selected as the New York manufacturer to participate in the FEMA mask contract award and also landed multiple contracts with local municipalities, national utility companies, schools, local businesses, banks and grocery chains, Fumei-South said.

Along with loyal supply chain partners and a network of exclusive sub-contractors, 212NY took the next step and expanded fully into the PPE world, producing reusable/sustainable face masks and isolation gowns, disposable isolation gowns, bouffants, booties and other items for frontline workers, nursing homes, healthcare workers, and doctor and dental offices.

Today, 212NY has the overall capacity to produce 4 million face masks per week and between 750,000 to 1 million gowns per week, depending on the model and level.

Most recently 212NY was selected as a key subcontractor by Parkdale Mills on the “Biden Warp Speed Mask” contract and is currently working on several military mask and apparel contracts, in addition to its commercial PPE business.

“Through hard work, perseverance, resourcefulness, ingenuity and sheer determination, the development and production of PPE has evolved to be a permanent arm of 212NY,” she said.

The company now employs over 400 people within the New York area, both directly and indirectly.

As for the state of Retail, Fumei-South is not as bullish at the moment. 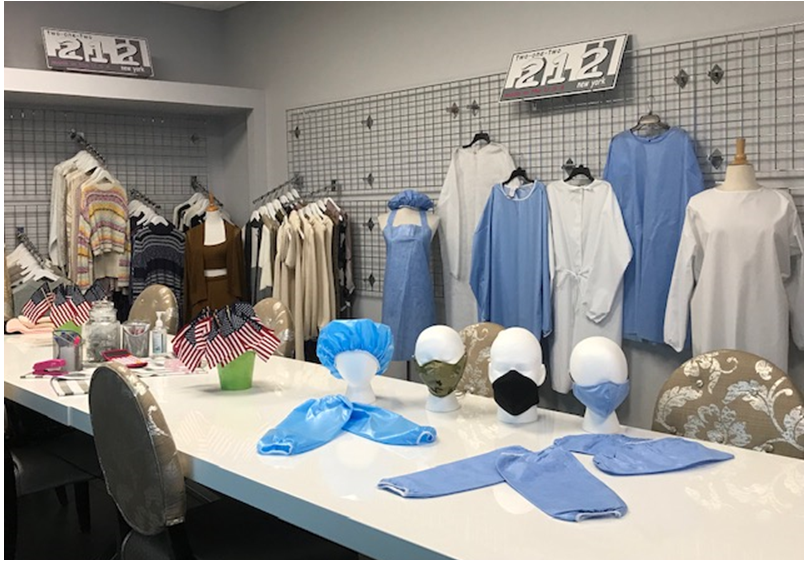 “Although retailers are back for the most part, unfortunately most feel no allegiance to support their domestic manufacturing partners,” she said. “After all that has happened they continue to place orders offshore, regardless of the shipping delays and increased container costs. Many look to their U.S. resources for opportunistic buys rather than making long-term commitments to do their part to sustain a robust U.S. supply chain. We would love nothing better than to bring visibility to those that take the stand to support U.S. manufacturers.”

Click to view a video of the 212NY textile facility.